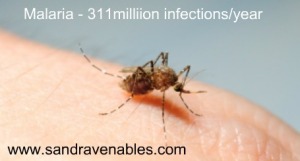 Image courtesy of Moomsabuy at FreeDigitalPhotos.net

Australia has been certified free from endemic malaria by WHO since 1981. However, the incidence of malaria is considered to be on the rise within Australia, according to the Victorian Govt Health site

Worldwide there are over 311 million new infections of malaria and over 900,000 deaths every year. These are large numbers to be considered.  How is malaria to be treated with so many affected?  Yes, there certainly are medications available, these need to be chosen based on the specific infection and the health of the person with malaria. However, it has been noted that these medications are becoming less and less effective.

Imagine a new approach!  There has been a paper released recently that highlights the benefits of utilising homeopathy in the role of treatment. This paper discusses a prospective study that has been undertaken in Kenya, across 3 clinics, where 86 patients were assessed and 69 completed their followups. Of those that were followed up, only one presented with the malaria parasite (all but one tested negative for the parasite on followup). Not all followed up, but it appears, understandably, that logistics were the issue with not returning for followup.

This year, a comparative study is also being undertaken between the effectiveness of homeopathy compared to the standard medication (Coartem). To date, 50 cases, from both groups, have tested negative. Truly an exciting development. Later this year, the paper is due to be published in peer reviewed journals.  I’m very excited about seeing what an inexpensive, non-patented treatment can do for the poor who suffer from malaria worldwide.  Imagine being able to reduce significantly, the impact of Malaria in today’s world!